Monitoring the progress made to achieve the 2030 objectives of the Traffic Safety Strategy and evaluating the policy intervention performance is an important responsibility for the traffic safety administrative capacity.

The gathering of the Coordination Board established to monitor the duties assigned to the stakeholder institutions with the Strategy Paper in cooperation under the coordinatorship of the Ministry of Interior, the reporting mechanisms developed by holding the annual performance monitoring meetings as well as 3 – 6 months evaluations by the secretariat duty fulfilled by the Directorate General of Security Traffic Presidency is important as the monitoring tool of the performance of the Strategy Paper properly.

3 types of indicators will be used to monitor the activities conducted within the Strategy Paper;276 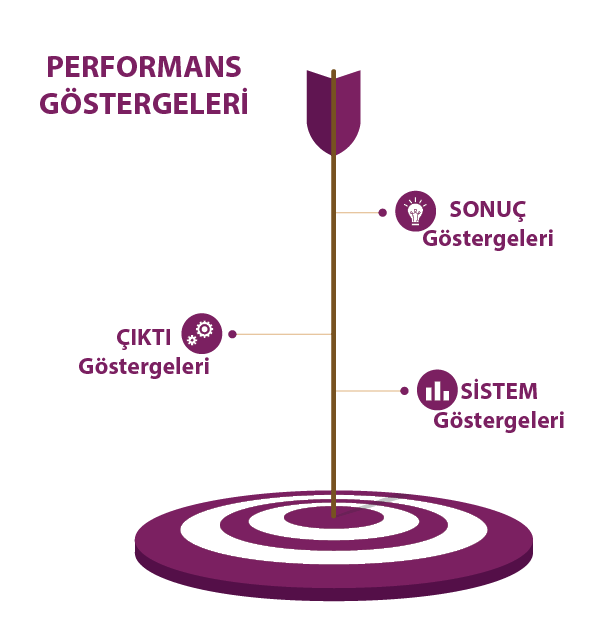 The traffic safety system established is the numerical expression of concrete results to be obtained as a result of the measures taken and coordinated efforts. It is the embodiment of the objective to decrease the traffic accident deaths and serious injuries by 50% by 2030, being the objective of the Strategy Paper and objective of zero loss of life and serious injury being the 2050 general objective. The improvements and developments under the following 3 subheadings will be evaluated on a 3 months, 6 months, and yearly basis. The number of;

These numbers will be compared with the other indicators to be useful for the identification of the development with the previous period. The fact that no positive decrease was ensured under the 3 headings as stated above will not be evaluated as a failure in the monitoring period and the inputs and system indicators will be examined, and the work steps on what to do in the following period will be determined.

There is a total of 9 output indicators, which will be used to measure the behavioural change ensured to achieve the Result Indicators

It will be tried to ensure that citizens comply with the traffic rules more, avoid risky behaviours that may endanger the lives of others; and to get their contributions on achieving the objectives specified in the table with the efforts planned to be made as part of the Strategy Paper.

According to the examination made in the records of the DGS Traffic Presidency :

Although 76% of the accidents resulting in death and injuries across Turkey in 2019 happened in residential areas, 68% of the loss of lives happened outside residential areas due to speedways with high operating speed and accidents due to overspeeding on national and provincial roads.

Again, according to the same examination, one can see that around 66% of the accidents resulting in loss of life happened in residential areas, 13% were caused by side-on collisions, around 16% involved pedestrians, approximately 40% happened at night or dusk, 20% happened at intersections, and 60% of them happened involving a single vehicle.

It should be accepted as necessary to actively fight against excessive and under speed and perform the output indicators presented in a tabular form, to decrease the traffic accidents involving death and injuries, happening in Turkey to a considerable extent.

As briefly summarized above, it is evaluated necessary to perform the output indicators presented in a tabular form to decrease the traffic accident involving death and injuries, happening in Turkey to a considerable extent.

These indicators are ones determined to comprehend the efforts to be shown and contribution to be made by stakeholder institutions to ensure traffic safety and achieve the 2030 and 2050 objectives. Each of these indicators will be constantly monitored by the Coordination Board with the annual progress reports on a 3- and 6-months basis based on the reports of the relevant and responsible stakeholder institutions.

Within the indicators on system inputs, the following table shows the definition, rationale, and requirements of each input indicator identified in the fields of:

Rationale:Speed is one of the factors causing accidents the most as well as affecting the results of the accident.

Definition:The percentage of vehicles complying with the speed limit

Rationale: The use of seatbelt is an important element of passive safety. An important part of the passengers in a vehicle involving in an accident resulting in deaths and serious injuries didn’t use their seatbelts.

Definition: The percentage of drivers and passengers using the seatbelt

Rationale: The use of the helmet is accepted as an important passive safety measure for two-wheeler vehicle and bicycle users (a must) and bicyclists.

DRIVING UNDER THE INFLUENCE OF ALCOHOL /NARCOTIC SUBSTANCE

Rationale: Driving under the influence of alcohol and narcotic substance is identified as one of the most important factors causing accidents frequently.

Definition: The percentage of drivers using vehicles within the legal limit of Blood Alcohol Content (BAC).

Rationale: The distraction of the driver is recently accepted as an accident factor due to the increasing use of mobile devices, especially cell phones. The common use of social media applications in recent years increased its negative impact on traffic safety. Therefore, using a portable mobile device while driving is representatively suggested to evaluate the problem of distractibility of the driver.

Definition: The percentage of drivers not using portable mobile devices

Definition: The time expressed in minutes and seconds, passing between the emergency response call following an accident resulting in bodily injury and the arrival of the emergency service vehicle to the scene of the accident

Rationale: One of the most important factors playing a role in providing road traffic safety is the effective, continuous and intensive traffic enforcement activities within the framework of a program.

Rationale: Plan, design, and care; are elements determining the quality of infrastructure in terms of “road safety”.It was aimed at ensuring a quantitative representation of the safety quality of a road network independent of a safety performance indicator and road user behaviour, or vehicle technology for road infrastructure

Definition: The percentage of distance covered on roads with a degree of safety over a certain threshold.